It is with great sadness that Sponne acknowledge the passing of Norman Barker.

Norman was born in Northampton, went to Northampton Grammar School (now NSB) and Loughborough University. He lived in Towcester.

He came to Sponne as Head of Boys PE in September 1975 whilst still playing hooker for Bedford RFC who were the National Cup Winners that season and following their tour to British Columbia.

He immediately made a big impact on the school in activities such as athletics, gymnastics and outdoor pursuits but particularly rugby, which went from strength to strength under his astute coaching and infectious attitude, enthusiasm and motivation. His indomitable spirit and passion for the game can be seen at the Towcestrians RFC with the club having much success during his era as a teacher at Sponne and many of his former students coaching Mini, Junior and Senior rugby to the present day and their children starting out on their own rugby adventures.

Norman soon started organising, along with the help of parents fundraising committees, Sponne’s first pioneering Canadian Rugby Tour to Vancouver BC in 1977 which was a huge success. As a result of his drive and commitment there were more tours to follow between 1977 and 1992. The school hosted reciprocal tours back to Towcester with matches being played at Towcestrians RFC.

Norman was a major figure in leading the organisation of district and county sport throughout his career and a staunch advocate of the benefits of PE and all extra-curricular sport to all students. His expertise knew no boundaries as he even delivered mixed ballroom dancing lessons and led amazing student gymnastics displays on Fete days on the school field, all innovative for the era. He was a keen science teacher, musician and formidable competitor in the infamous Sponne staff v pupils matches!

He sadly left in 1992, but during his 15 years at Sponne Norman was a unique and inspirational character, an outstanding player, teacher and coach and will be greatly missed in the community by everyone who knew him.

Our love and thoughts are with his sons Charlie and Lewis and family. 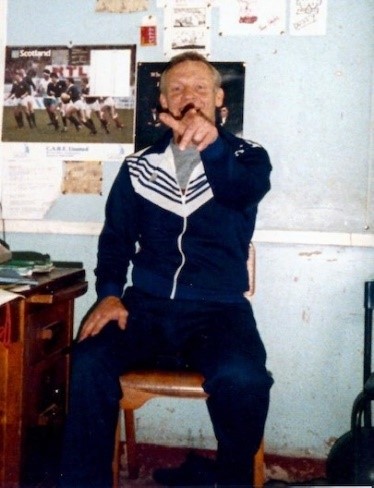