You are here: Home » Fixtures News » Fixtures Updates » When Netball World Cup Came to Sponne
This is a Red Week

It was one of the most exciting days ever for the PE staff at Sponne (well the ladies at least because we are all netballers ourselves and passionate about the game!)

The Netball World Cup 2019 is being hosted in Liverpool from 12-21 July and so to highlight this event we hosted a Primary Schools Mini World Cup Festival, which included the cluster High 5 Netball finals.   So, arranged by All England, our School Sports Manager of South Northamptonshire & Daventry, David Hanson and myself, the actual World Cup Trophy came to Sponne for the day so all our staff, students and the Primary Schools at the event had the opportunity to come and see it and have their photo taken with it!  We were not allowed to touch it and when Kelly Thompson (All England representative) held it, she had to wear special white gloves!

The festival was a great success and we had 25 leaders umpiring and scoring and over 250 children and adults playing, supporting and watching netball and having a great time – so amazing for our sport! 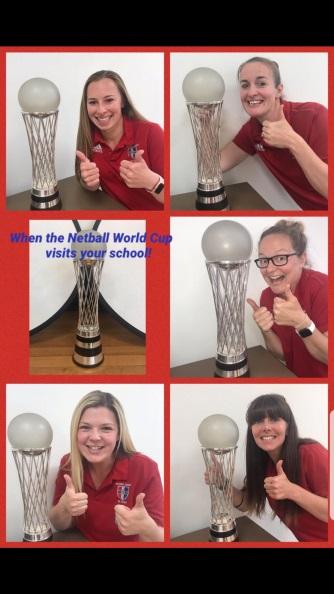 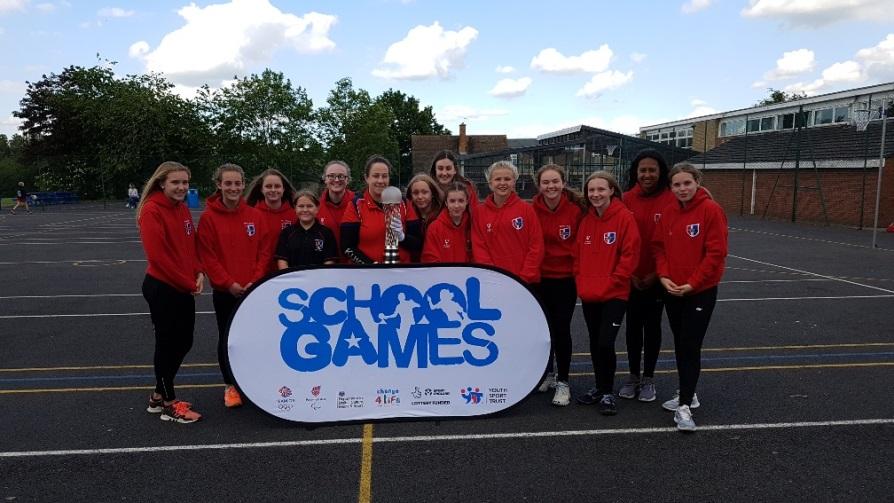 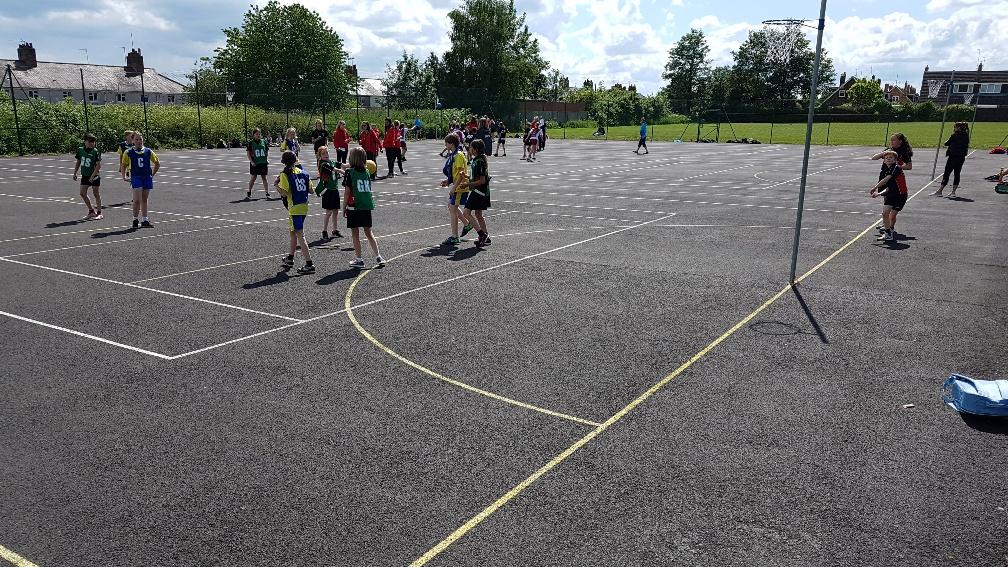