You are here: Home » Latest News
This is a Red Week

The Rotary Club Young Writer Competition is a well-established and successful competition promoted by Rotary International in Great Britain and Ireland. It is designed to support and encourage development of writing skills. This competition aims to encourage young people to: use their writing skills and write with imagination and creativity.

This competition gave our students a chance to express themselves and get creative with the written word. After being given the theme of 'Environment', the students got extremely busy planning and writing their amazing poems.

Our two judges for Young Writer were very impressed with the standard of the entries and it was such a close decision that we decided to award two equal third places.

Alice and Alfie won joint third place and received a prize of a £20 gift voucher.

What an absolute pleasure to have Assistant Referee Stuart Burt in this week. He gave an "inspirational" assembly to year 7 talking about his career, then hosted a Q&A session with students from years 8-12. He was bowled over by the student's questions and their manners. 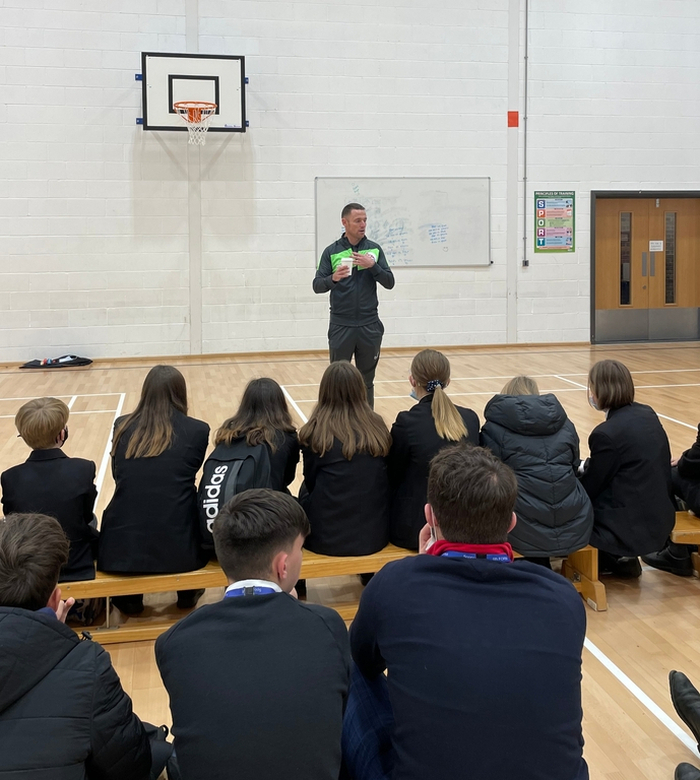 The new science block extension is starting to take shape and is due for completion by December 2021. This will house 3 new classrooms, a faculty base and improved toilet facilities, allowing for much more space in the science department. This is a great investment for the school and will be hugely beneficial for both future and current students.

See below for some designs on what the build will look like and remember to check back for updates as the project progresses.

If you missed our announcement on the build click here for more information:  Science Block Extension 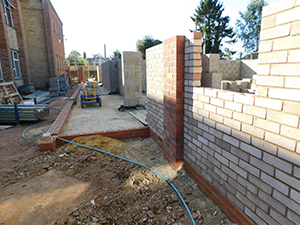 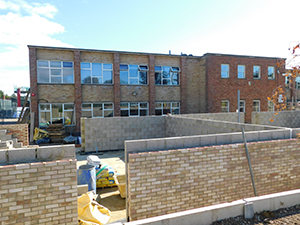 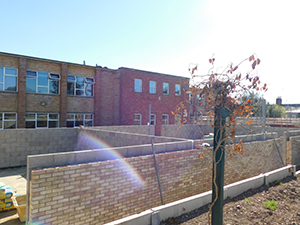 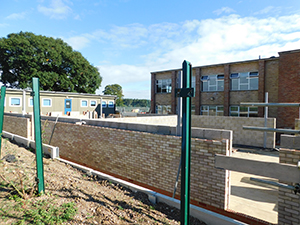 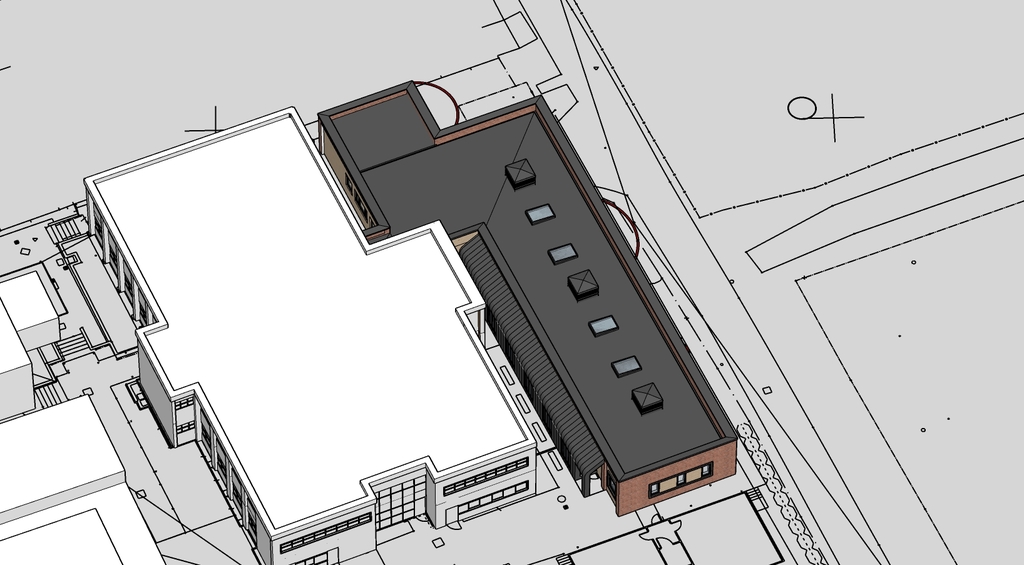 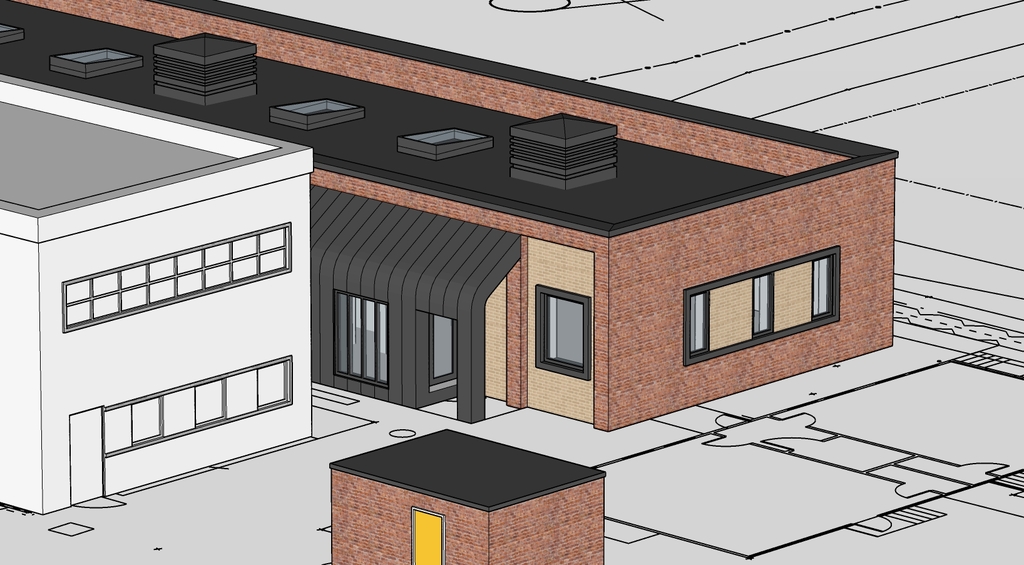 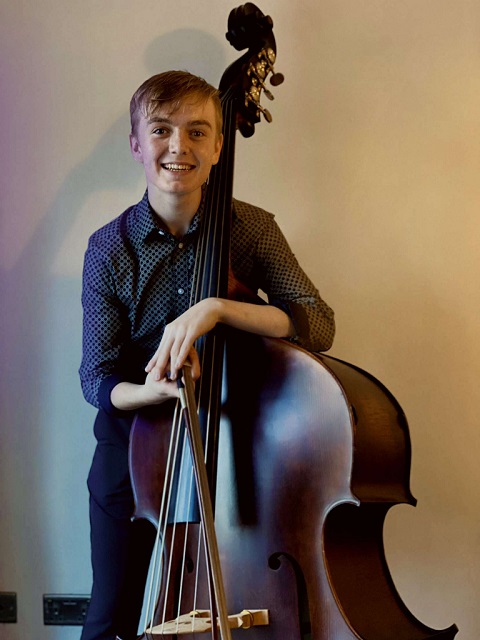 Sponne School is very proud to announce that Thomas Judge (Yr 12 A level Music Student) has been successful in his  double bass audition for the National Youth Orchestra of Great Britain.  Huge congratulations - a tremendous achievement! On receiving the news Thomas said:

"I am completely honoured to accept my place into the National Youth Orchestra of Great Britain in the Double Bass section! To say I am excited for what the next year or so has to offer would be an understatement. From performing live at the BBC Proms at the Royal Albert Hall in summer to doing various concert tours of the UK and overseas, it’s safe to say the next two years are going to be extremely busy. I’m particularly looking forward to working with the incredible film composer Danny Elfman (whose work includes: Batman, Nightmare before Christmas and the Simpsons) and performing in the world premiere of his new work, which was written especially for the NYO

I applied for the NYO in April this year and was fortunate enough to get moved straight to the 2nd round of auditions. After months of preparation, I was finally invited to the Royal Academy of Music in which I had a weekend assessment, consisting of various creative workshops and as you can imagine A LOT of playing! A couple of weeks later I got an email confirming I had gotten the position.

The NYO has an outstanding reputation of being the world’s leading orchestra for young people and thanks to the help of our phenomenal Chief Executive and Artistic Director, Sarah Alexandra OBE, the orchestra has become well linked with some of the greatest musical influencers and organisations in the industry, and has performed to many thousands of people as well as regularly performing for members of the Royal Family.

I am incredibly happy to have been given this amazing opportunity and I am very proud to get the chance to represent Sponne School on a National level."

Please see images below for the updated school bus timetable.